On our last night in Rome, we decided upon a midnight Derive across the city to see where Rome would take us.

Setting off at the stroke of twelve from the Casale we started to make our way into the centre of Rome. We started by letting Agent Aaron be our guide, however soon swapped to a local cat who seemed to know the area better. This was possibly a mistake. Eventually the streets themselves became our guide and took us across the Roman capital. 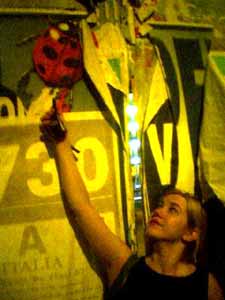 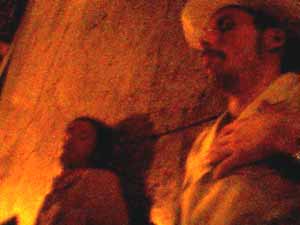 Before we knew it a combination of Roman cats, Italian lager and beautiful pasta, had led us more than astray, onto roof tops, nearly jump starting a hydraulic digger, and into the middle of a 3am military parade. 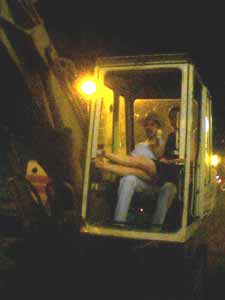 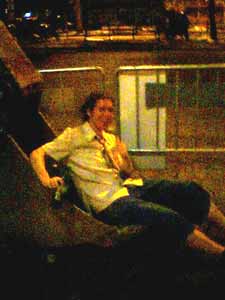 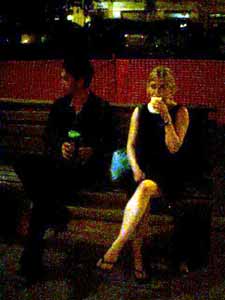 We somehow managed to cross the river at least twice on our route, although it was nowhere near our starting point or eventual destination. Walking through industrial areas, finding burnt out mopeds and stopping for drinks en route 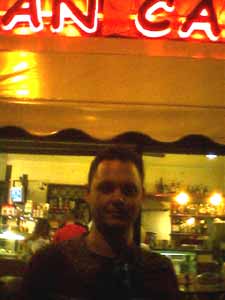 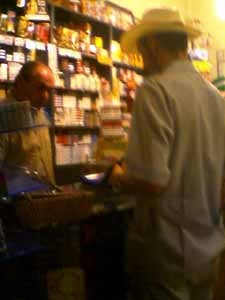 Agent Mus taught us all a variety of commmando moves and signals, and with the aid of walkie talkies we managed to find our way into the third floor of an office block, through a variety of appartment complexes, over walls and through bushes. We even learnt about disguising ourselves as plants and which ones would poison us. 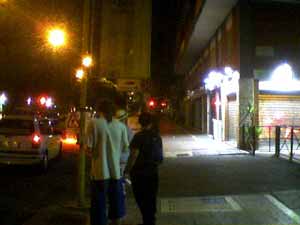 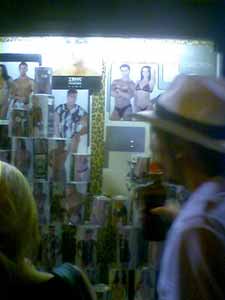 A stroll into the middle of hundreds of soldiers and tanks in a military parade did little for our relationship with the army, later still we were turned away from a Carabinari late night bar. However undaunted we continued on and found ourselves asleep on the steps infront of Berlusconi's office. Apart from agent Ladybird the rest of us had had enough of the authorities and decided to move on. More cats were questioned at the cat sanctuary (outside in a ruins in the city centre) and we headed off again. 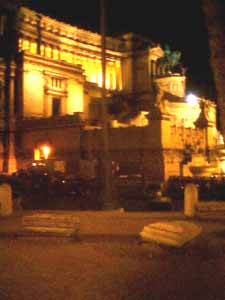 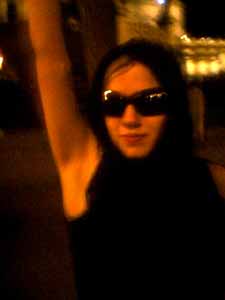 Daylight was beggining to break and we found ourselved covered in mud, half undressed with ripped clothes near the river again. Eventually night turned into day and we realised it was time to try and find our way home. 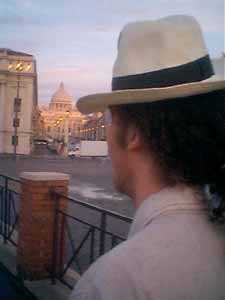 Looking back at the map in the morning we had absolutely no idea where we had travelled, however we slept soundly knowing that Rome had show us her favourite parts.