"Observable Occurrences is the manifestation of a growing drive in contemporary art – to engage with the society that a work occurs in; both formally, politically and spiritually. The main focus of the event is on street action, which can be considered the most popular of art forms in that it occurs in direct relationship with population and the most political of art forms in that it communicates with population in their own world and so about their own lives" 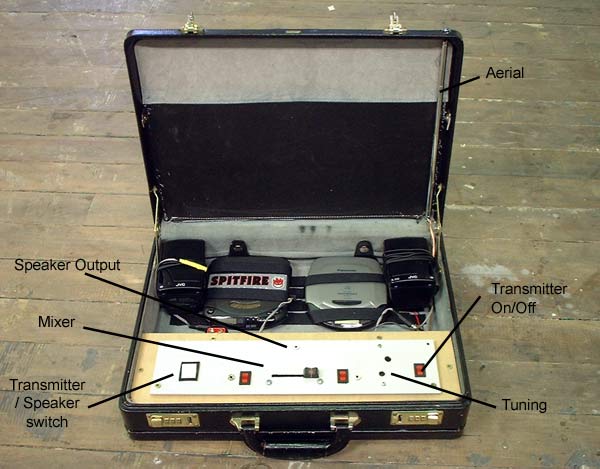 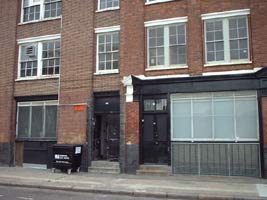 With its HQ based at VTO gallery the Observable Occurences event was showcasing a series of live and socially aware art over the course of one weekend. Documentation and videos were screened at the gallery whilst a programme of live events took place around London.

Using the case over the weekend we broadcast a series of messages to people driving past on a range of frequencies. We broadcast information about tricks that shops will play on you to customers in a supermarket carpark before they shopped. Public service announcements were given to drivers to ignore the adverts on their radio's and the billboards on the roads. Comments on commuting and car lifestyle were broadcast to people heading in and out of London.