Sat 20th July 2002
We were very pleased to be invited up to Manchester to take part in Nato's Blitz festival. Timed to coincide with the launch of the corporate spectacle that is the commonwealth games. The Blitz festival exists as a great big stain in the sanitized glossy image that is being presented as Manchester 2002. 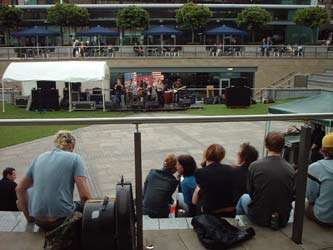 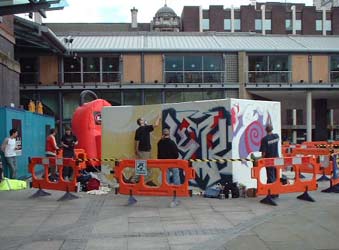 The festival consisted of an exhibition, various live actions, a music event, graffiti and skateboarding. Running for a week the festival aimed to show the other side of the story to the corporate and government PR campaign. 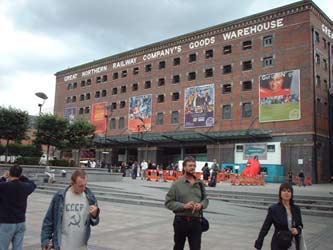 Based in an empty lot in a new cinema, bar and shopping development, Nato's agiTate show comprised of the work of a host of political artists. Work looked at issues such as the war on terrorism, police surveillance and harassment, political dissent and corporate and state media propaganda. Needless to say, once the people who owned the building found out the contents of the show they were less than impressed. However they had already signed a contract and could not pull out.