One month before the match, we hand delivered over 600 letters to the Members Of Parliament, challenging them to a game of cricket on Mayday.

We recieved several letters back from the MP's. Unfortunately by match day we were still waiting to hear from the majority of Members. We did however recieve a letter from the GLA threatening us with arrest if we decided to play. Luckily a fantastic legal eagle came to our aid and found out that indeed the various bylaws would let us play.

Finally Match day came and our team assembled ready to take on the state and smash them for six! 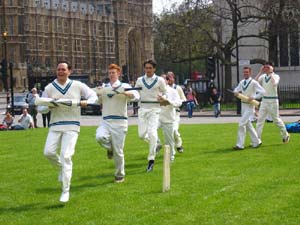 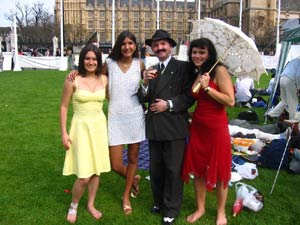 We padded up and marched down to Parliament Square, on a gorgeous sunny afternoon. As the team walked onto the pitch the various users of the square erupted into applause and we started to warm up. 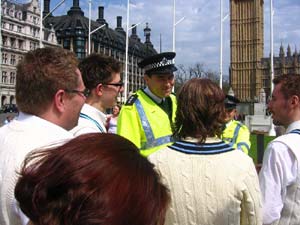 No sooner had we began to limber up, the Police arrived! A quick discussion about various bylaws and subsections began, and it was agreed that we would be able to continue play! 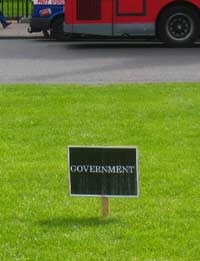 Unfortunately after waiting for half an hour, no Members Of Parliament had decided to put their batting skills where their mouths are. Obviously content to be seen as Morally and Honourably corrupt, our leaders sleep well at night. We needed to find an opposition. After an announcement to the crowds, we discovered a labour supporter in the midst! 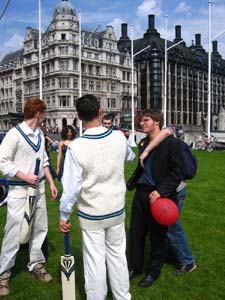 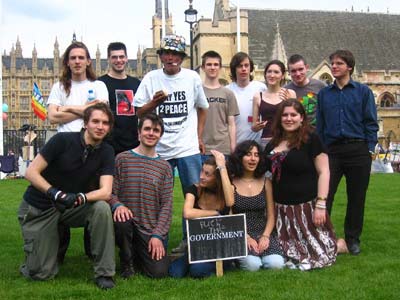 Joined by SSAW (school students against the war) and after an amendment to the sign, we managed to pull together an opposition!
A coin was tossed and the Space Hijackers were to be bowing first. 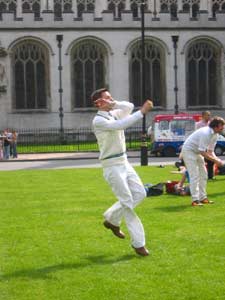 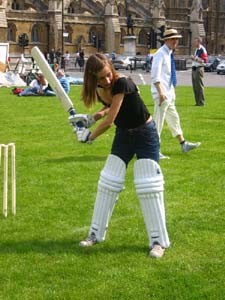 A furious match ensued with the opposition eventually all out for 56.

Time for some lunch! 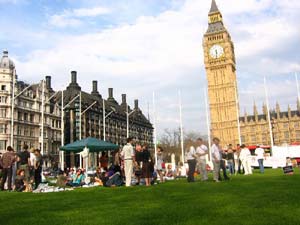 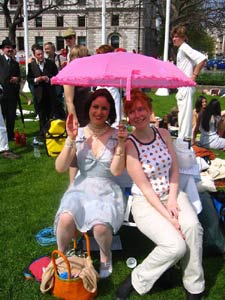 Tea and Cucumber sandwiches were served at the pavillion, along with lashings of pimms, wine and other tipples! The Space Hijackers batting order was decided upon and our opening batsmen padded up! Mus and El Miguel took to the crease. 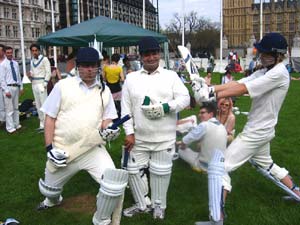 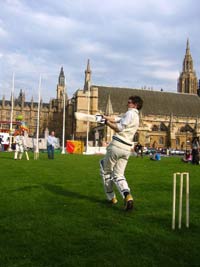 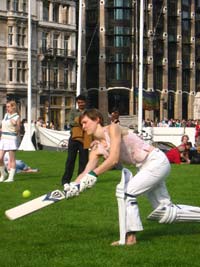 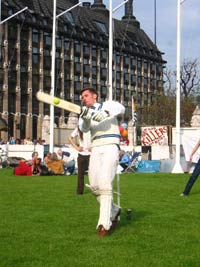 We racked up the points and soon the day was our's, agent batman hitting the ball for six to take the game. 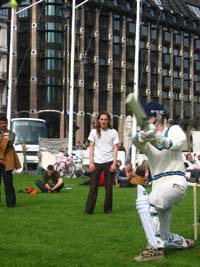 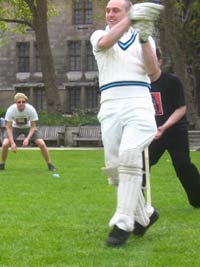 The two teams shook hands and toasted one another, the real winner of course being the game. Time for a pipe and a swift drink before the sun started to set. 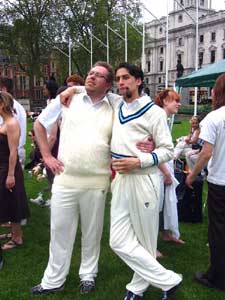 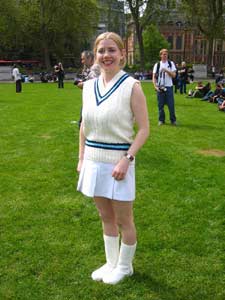 The bails were finally removed at about 7pm, and the Space Hijacker agents slipped into a gentle hazy stupor. At one point Tony Blair sped past in his motorcade, surrounded by armed police, we waited for him to hop out of his car in his whites but he carried on racing past. He wasn't smiling. 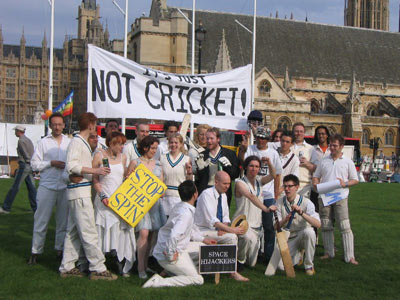