The Miss University London competition has been coming under flak ever since the two men who came up with the idea launched it. Billed as "empowering" and "educational" the competition asks female university students to parade around infront of a panel before being judged on who has the best genes. Gender and Social stereotypes are re-affirmed, one lucky girl gets to live the dream for the night the rest go home in tears. This is then called entertainment.

Agent Koshka decided she had had enough and suggested the Hijackers get busy coming up with a plan to compliment the feminist protest and variety of other actions going on. In true Hijacker style we came up with a tongue in cheek exaggeration of the contest, sending a group of mainly male agents to go down and offend everyone.

Our "voting" booth went down well (or at least it was suitably offensive). We asked men from the queue to go into the tent and "vote" over pictures of the girls (we provided kleenex). Then we kept a tally of the girls who brought the guys over the edge. Obviously this was to help 'empower' the girls by 'educating them' on who was the prettiest. We also campaigned for the return of the swimwear round. 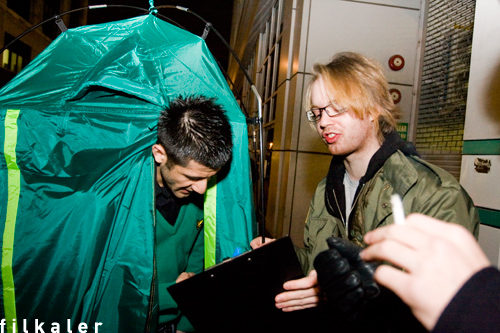 Alas lots of the boys in the queue were rather disturbed by a bunch of men protesting outside and attempted to rip apart our pictures and booth.

My favourite quotes were:
"you're worse than the feminists, it's disgusting"

"What so you want people to wank in the booth, over the girls and judge them, how's that any different from the competition?"
erm exactly...

One of the really funny moments of the night was when one of the angry girls in the queue told us "And I think your suits are shit!".

and not forgetting
"I don't know what they're protesting about, it's not even animal cruelty, they must be jealous" 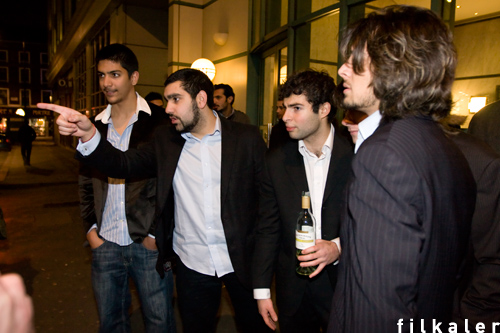 The action was aimed to compliment the traditional protest going on across the road, with banners and chanting berating the contest. Many of the women and girls from the protest came over to our booth, laughed, and then worryingly asked (all quiet like) "But you're not serious, right?".

Agent Koshka herself was curiously missing at our action, that was until we heard she, Gelatin Agent and a band of daring troublemakers had stormed the stage during the tiara giving ceremony and raised merry hell. Top Marks all round.